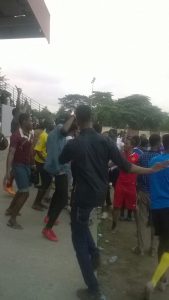 The election in the Faculty of Education was a peaceful one as it was an e-voting process.

The majority of the positions were unopposed including that of the president and the vice president due to the new eligibility guidelines for aspirants. Only the office of the General Secretary and Social Secretary that went opposed.

Below are the winners of the election: