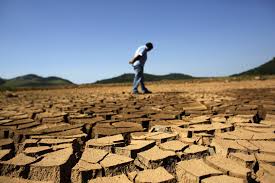 I have never stopped wondering about the kind of relationship that exists between Man and his Environment. God’s creation shows the relationship between man and his environment. The world and its fullness were made for man. He lives in it and makes a living as he subdues his environment. Everything in his environment whether immediate or not has no value until it has come into contact either directly or indirectly with him. Crude oil for example has no value until it has gone through the process of refining and is being used by man; gold in its natural state is useless until it is refined by man as well.

So many things don’t have value until it comes into contact with man. The ability of man to exploit his environment has brought about the beauty of nature. He practically inhabits the earth, cultivates the soil for food and even tames the animals for domestic purpose. He interacts with his environment whether aquatic, terrestrial or in space. In spite of all the beautiful things that man makes of his environment, he pays dearly if he mismanages or misuses the environment. He suffers greatly for his carelessness by having to deal with earthquakes, floods, diseases of various kinds, attacks etc. As much as man has more influence on his environment, a careless act from his part on his environment can endanger his life. This only tells us that there has to be a proportion of commitment between man and his environment for both to be in good condition. So man exploits his environment to survive while the environment depends on man’s exploit on it to exist.

It is not debatable that there is a form of interaction and bond between man and his environment. Even philosophers have been able to come to this conclusion after reviewing two different schools of thought on what facilitates the growth of a child. The schools of thought being reviewed are;

The Hereditary school of thought who is of the opinion that whatsoever a person is today is as a result of what he/she has inherited from the parents not considering his immediate environment while the Environmental school of thought is of the opinion that a person is defined based on the environment he finds himself and that regardless of the traits of his parents he has inherited, his interaction with the environment defines him. This school of thought further explains that a child remains a clean slate when he is born until he grows and interacts with his environment. After putting into consideration the comments of the two schools of thought, the Comprised Group came to a reasonable conclusion saying that there is indeed a relationship between people and environment as the things a person inherits from his parents and the environment he lives in complement each other. Reviewing the opinions of the different schools of thought, it is evident that environment and people have an effect on the growth and development of a child which implies that there is a form of correlation between them or some sort of shared commitment between people and environment.

The environment we live in is becoming more developed day by day and new ideas are springing up. All the ideas are being executed on the environment by man. The quest for knowledge by man begins with a closer look at his environment. His inspiration to try out something new comes from his ability to critically survey his environment, carefully identify a need, consciously utilize his available resources to provide solutions to the needs identified. Some of the needs identified by man are the need for creation of technologies, building resort centers, more companies etc. In the process of utilizing the available resources to turn these ideas into reality, the environment has to be exploited and utilized to the fullest, hence exposing it to environmental hazards, floods, pollutions etc. And this in turn affects the humans living in the environment. For instance, governments destroying some trees and plants all in the name of expansion and urbanization badly affect the environment, companies building resorts as a means of holiday trip into the deepest woods in the world thereby exploiting the nature and environment beyond safe limits also takes its great toll on the environment. As a result of this, wild animals could get into villages and attack humans. This explains that man has to be reminded of the fact that he needs his environment to be in good shape for him to be safe as well. As much as he wants to execute his ideas, he also has to put into consideration the state of his environment to avoid misuse of resources. He has to be committed towards developing his environment beyond exploiting it to ensure safety for himself and his environment.