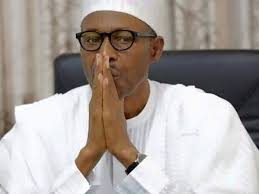 Like a colossus you emerged from the abysmal territory. Your odyssey, the likes of the spider — that never gave up the fight. The murky political terrains of Nigeria’s politics, you know best. Weathering the storm, yours is the victor’s song. Dear Sir, you did not promise to roof the sky and tile the earth for Nigerians, but you did give a glimmer of hope to the young and aged. Your campaign promises enlivened the deadened heart and reversed the misanthropy expressed by the general highest populace on your predecessors. Where no one can be just and righteous enough to hold you to ransom for the three decades of squalor and misrule that Nigerians have gone through, we are asking that the boat should not wreck in your hand; we are asking that economic, social, and political carnage should not be committed, —– under your watch! You promised hope, messianic was your taint — unbelieving believers cast their doubts to the winds and accepted you just as you are, your Excellency. Your Excellency Sir, it is better that you die, and be buried in our hearts and memories for ever, than for you to die and be buried in a six-feet marbled grave with flower reeds for decoration. You had better etch your name in the sands of time —- like Mandela did for his people. Your Excellency, how can this be done? Exactly why this epistle is coming to you my President. Sir, since your inception into office, you have been fighting one dare-devil, — corruption, that have become a ministry in Nigeria. Corruption has become both endemic and pandemic; it has clogged the wheel of progress and development in our dear nation. The war you have declared against this monster is a terrific one. You are determined like the Great Zachunni to dislodge and sanitize every sector of corruption.

Sir, Nigerians are unequivocally behind you. But this fight has distracted you for so long and you seem to forget your good wishes for the people. To give corruption, and corrupt officials – past and present, as many of their evidence of callousness as you may have, the last warning, tell them to return their loots at a stipulated time; failure to do so, you will send your men — the EFCC, ICPC and other agencies after them. Anything you do to them will be highly backed up by those who serve God and those who don’t do His biddings. Mr. President Sir, the newly elected U.S president says he is going to depot Nigerians back to their country. Here is the time for you to make history Sir. How? Sir, do you remember that in the early days of Nigeria that the country depended on agriculture? Of course, you remember that crystal clear. Awolowo, Azikiwe, Sir Ahmadu Bello, and others built their various regions as it was, with the money gained from agriculture. Today, what has happened? Sir, return the country to its origins and past glory. Make Nigeria great again in Africa and the world —- be like Trump. Mr. President, turn your eyes to the farmers. Support the farmers, make farming attractive so that our young graduates can venture into it and save you the headache of “there is no job”. Let there be available and accessible credit facilities where farmers can go and borrow money and start up a farming business of any sort (food, animal, and plant farming). If your government returns to farm, give loan, provide fertilizer; every region producing what grows best in their soil, individuals engage in subsistence farming to feed their families, the government investing heavily on the agriculture, agricultural extension workers provided in all the 774 local government areas, India and China will never boast of agriculture being the most lucrative sector of their economy. This country will feed and have excess to export. Nigeria will regain her position as the Giant of Africa. Sir, what next? After each planting season, and harvest time comes, build a Food Bank where you are going to store food stuffs, as silos were used in the north to store grains. Then, let the government buy the food stuffs from the farmers, store it in the Food Bank, which will be in all the states of the federation, then, sell the food at a subsidized rate to the public who cannot afford to buy at a higher rate from the farmers directly. That way, the government is feeding her people and making money in returns. Then, where there is food in abundance, the people have eaten, whatever you tell them, whether lie or truth, they will believe you wholesale. What breeds crime, hate, anger, fighting, avarice, terrorism, and youth restiveness in the society Mr. President? Hunger! For our education, let us be taught the craft of food production – as it were. Let this be incorporated into our curriculum and be religiously taught in all levels of education. Sir, if you do these, Nigerians will curse whoever curses you. Now, how does the Diaspora come into this picture? Many Nigerians in the Diaspora will return to the country, some with their families, to base here permanently. This is the time we have all been waiting for —- to harness their wealth of experience and potential which they have used in building the First World of trump and the likes! Therefore, you must create an enabling environment and governmental system for them — and direct them to the farm, while they also get involved in other sectors of our economy (our hospitals will have competent doctors). The professionals amongst them can become part-time farmers. There is no profession in this world that Nigerians are not found to be the Best. The very Best brains are found amongst Nigerians. Before long Mr. President, the country will be

Exporting what it produces. If you are waiting to change the economy, raise the naira, let oil price rise at the international market, fix infrastructure, remove the bureaucratic bottle neck in the civil service, have a stable power generation; get rid of terrorism, before you can clap for yourself, my President you are being deceived. That is not what is in the land now. The people are hungry. God has given us the land and able -bodied human resources. Send us to farm. For the present time, galvanize all the resources at your disposal. Let the minister for agriculture visit the farms in the land and ascertain firsthand the condition of the farmers, and see how to alleviate the present hardship by making sure that the prices of food reduces (especially rice, one of Nigeria’s commonest staple foods). If you want to produce more scientists, innovators, economists, professionals of different colourations, and creative thinkers of repute, send them to the forest. Everything is in the bush, under the ground! Mr. President, the people that create trouble for you are the young people — the people that you have always been telling that they are the leaders of tomorrow. Now, a new wave of crime is committed on daily bases by this group of people who felt disgruntled by what the government did and did not do — that of stealing foods, whether raw or being cooked on fire. Today, parents are exchanging their babies for bags of rice! Sir, I don’t need to tell you the truth that is available to you, that the youth are the largest population in this country. The youths have long lost fate in the leadership of this country. Why? Because there is no policy or programme targeted at the youth, if there is, it is only those in Abuja that knows about it and as well benefit from it. (I might be wrong). The average Nigerian youth is not informed. We are misinformed and “disinformed”. And when a people are ignorant of their government’s activities, they can only express hate, disbelief, and cynicism. So sir, you need to regain the confidence of the young Nigerian citizens by embarking on a massive positive result oriented orientation, and reorientation of the youth whose psychic has been battered and shattered. You do this through a proper steady communication using the various channels at your beck and call on regular basis. You started already with the launching of the “Change Begins with me Initiative”. Sir, the “Change Begins with Me” can only gain currency and yield the needed result, when young people — who are the agents and drivers of change of any magnitude, are involved. The campaign should be sold to the youth both students in secondary and universities, nationwide. They have the capacity to propagate the message and influence others. The resultant outcome will be humongous. Let your ministers of information, communication, technology and NOA; the media and other agencies undertake the marketing of government activities, plans, programmes and projects in different languages until the last person in the village can hear it and appreciate what the government is doing or intends to do for her people; engage celebrities and ambassadors of change to carry the message home; print T-shirts and distribute with the inscription “Change Begins With Me” and see how far you would have rid the society of moral and social menace. Let the youths know your plans and programmes for them. Articulate the tangibility and how the programme can benefit everyone. Involve all the state governments, the media — radio, television, newspapers, magazine, billboards, pamphlet, bulletin, social media platform, and the local town criers to herald government businesses. If not, your policies, plans, programmes and projects, will be seen as “Aso Rock business alone”. Sir the youths of this country needs you. Information is key in any democracy. Keep them informed of government

Plans and policies. Your ministers are working no doubt. The job is enormous. You cannot do it alone, hence involve the youth, and keep the public periodically informed of government activities so that the believe the people have in you can be retained. You are a leader with a dogged spirit. Three attempts it took you to arrive at this palace. What on earth would make you to contest the presidency for three odd seasons, at the fourth time, you clenched the mantle, if not for the goodwill you have for this country? Who is distracting you Sir? Who is trying to pull your legs back? Who stuffed cotton wool in your ears that you can no longer hear the wailing of your people? What is that scale blurring your sight? Tears of sorrows are seen every day; the spate of crime rising because of hunger in the land. Sir, you can be the Best President Nigeria ever had and will forever have! So, arise oh dear President, my President, and save your people from death! Here ends my epistolary. Thank you for accepting this letter and considering what is written therein.

Amaechi Emmanuel is an Undergraduate of the University of Lagos, Akoka, Lagos. He can be reached via:  08164977959 E-mail: emmanuelamaechi9@gmail.com