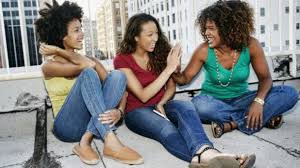 You see, I came to the university with a very paranoid mind. Since I was very little, I had heard a lot of deliciously horrifying things about the university. I know you have seen it too – those Nigerian movies, where a saintly girl from secondary school gains admission into the University and transforms into a brazen, gum chewing, cigarette-smoking, skimpily dressed prostitute in a matter of months, because of bad friends and all. For me, I watched quite a lot of them.

The paranoia got even worse in secondary school. The horror of the University environment was being poured into our ears every day. So by the time I left high school, this was my idea of a University environment: A huge piece of land, full of dilapidated buildings and fallen glory, swarming with the most morally depraved set of people in the world. Cultists who chopped off people’s limbs and drank fresh blood from the skulls of their victims, leering rapists lurking at every dark corner, predatory lecturers who would never give you the marks you worked hard for unless you bribed them in cash or “kind”, loose, jeweled Jezebels who slept in the day and crawled out at night, dripping with jewelry and perfume, to zoom off in the luxury cars of pot-bellied old men and return the next day to intimidate the innocent Mary’s with proceed from the sweet night official business. In my mind, the University atmosphere was ripe with AIDS, abortions, homosexuality, marijuana, alcohol and cheap, easy sex. Debauchery reigned; it was definitely a place where youthful exuberance was at its height.

Then also there was the picture of a selected few, a saintly, unstained group of individuals, the rare white lilies in the black, stinking mire, the focused ones, who only went from their hostels, to class, to the library (the triangular lifestyle) and maybe to the church or the mosque (quadrangular?). Well, slapping it on our hearing, we were advised to be like these ones, as they were the only ones who made it out of the University with their skin on. 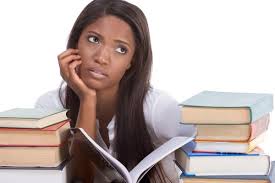 Because of all these, I did not want to go to a federal university, No! Not with the horror picture I have. The private universities seemed a lot better off to me, with their strict, smart dress codes and classy, modern environment. But my parents were advised against sending me, because according to the “free advisors” the private university is for rich, spoilt kids, and since I was already fairly spoiled, I would only go there and “putrefy”. Lol.

Well! Fortunately for me, I finally gained admission into the University of Lagos. My first thought was that the buildings were not all that bad. Some were quite old, yeah, but they were not the ancient, tumbledown structures I was expecting.

Next, I concluded that the stories I heard about the University were grossly exaggerated. Yes, there are some eccentric ones, but most of the people here seemed pretty normal to me. If there was any debauchery going on, it was kept well under cover. I studied people, and they did not seem like individuals who had sacrificed their brains on the altar of youthful exuberance. The atmosphere of the University was not the wild, insane one I was expecting. It turned out to be serene (sort of) and mostly normal. It felt safe. I settled down, eased out of my paranoia and let down my guard (lol). 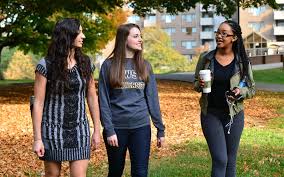 Now, I believe that the bad effects of the university environment are very potent (I trust you will agree with me). But they are far more subtle than I was made to think. I was expecting to be compelled into depravity, to be pushed and shoved hard from every side, and I was prepared for that. But I was not compelled so much as……. seduced. There are no screaming, taunting Jezebels, no rapists have jumped out at me yet (and I walk alone in the dark a lot), and cultism is an unknown word here. I feel no driving desire to belong, unlike most others, I am mostly my own person.

The enticement worked along the grain of my nature, which is inquisitive and curious and is never satisfied till it knows all. My biggest temptation is my own desire to know. The method is like using like a trail of breadcrumbs that lures the mouse out of its hole and into the belly of a trap. And so far, I have walked right into a few traps, not because I did not know they were traps, but because I knew. And I wanted to know what went on inside them. I have been to places I should not have been, done a few things I shouldn’t have done, not because anyone forced me, but because I succumbed to the part of me that wanted to.

Well! with my experience, I don’t think the University changes anyone. It just brings out a part of you that has been there all along, waiting for the right opportunity, the right environment, to manifest itself.

Let me just say at this point, before exhausting my ink for the day, that I am talking from the perspective of the “good” girl (you know that right?) who has lived a sheltered, protected life, and who has had no serious pressures (probably am just too lucky), but then, the University experience might just be different when viewed from another perspective, however, this is mine.