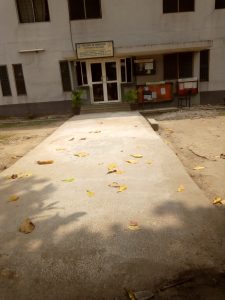 The entrance to the great and famous female students’ hostel in the college of Medicine, OPH, has been undergoing a renovation for a face lift and befitting entrance.

The renovation which is already in its second week can be seen to include the construction of a security post at the entrance to the hostel compound. 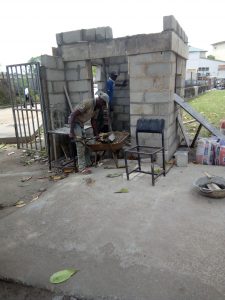 Earlier in the year, some part of the male and female hostels such as the bathrooms, toilets and pathways were also renovated.

The use of hostel identity card has also been introduced, students have also been asked to pay the sum of N350 for the ID card.

While some students have applaud the renovation, some have expressed reservations that the renovation and introduction of identity cards is to curb squatters in the hostels.