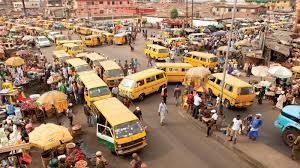 There is no doubt as to the fact that Nigerian citizens are suffering. The economic squalor and doldrums which the Nigerian populace has found themselves is worrisome. In 2008, it was a global economic downturn that was experienced. In the face of that untold rock-down in the world’s economy, the west rose up to the challenge. IMF and other world economic organizations took it as a matter of necessity to proffer solution, and the world was saved —- including Nigeria. But today, the Nigerian society is experiencing a special, unique peculiar form of economic meltdown. Self inflicted? Only time will tell.

Behold a new wave of crimes in our cities and villages! —- That of stealing of food stuff. It is evident that the world is beleaguered with so many challenges —- hunger, violence, man’s-inhumanity to man, diseases, terrorism, and climate change. America, Asia, Africa, or Europe is either confronting one form of dare-devil, or the other, but the shape in which things have taken in Nigeria, calls for urgent attention. It is not a myth that hunger and economic hardship is not the exclusive preserve of the Nigerian people. Hunger and want is a universal phenomenon. However, it’s biting hard in our state!

Nigerians are witnessing a time of famine and economic crunch. The sumasaulting of our economy has left many men’s heart failing; mothers crying for their children, and the palpitation increasing as the days goes by. We have never had it in this fashion before. It is in our time that parents are exchanging their children for a bag of rice. Some disgruntled elements and juvenile malfeasance have taken to stealing and pilfering —- just to have food in their stomach, thereby increasing the high rate of crime in the societies. Recently, the law courts have become a beehive of activities as judges are either entertaining cases of theft ranging from a pot of soup to a bottle of whisky drink. I make bold to say that the woes that have befallen us is not unconnected with some policies of our government.

It is very sacrosanct to note that the government had earlier last year, banned the importation of rice —- the most staple food in the land, into Nigeria. Before a sane government does anything of such colour, it should put some factors into consideration. Such factors as: is there any buffer to the economy? Are there palliative measures which could be used to cushion the effect of the ban? How many businesses are going to go out of existence as a result of this anti-people policy? It is crystal clear that none of these options was explored.

Having banned the importation of rice into the country by the government, like a desecrated omen, the naira crashed at the international market —- leaving Nigerians to stool in their juice. As at Monday, February 6th the exchange rate was #505 to one dollar. The heist created by these happenings is inexplicable. Of course, the brunt of this unfavourable economic experience is born by the man on the street whose income cannot afford what he wants; the woman who is selling in the market, and those who have capitalized on the naira rate to milk fellow Nigerians dry.

We are rich in all ramifications. Naturally and manpower-wise, Nigeria is better than some countries of the world. Why a majority of the people in a country blessed with all the natural resources in existence should be leaving in abject poverty is beyond human comprehension. Hence I did say that our predicament is a self inflicted one.

As if the nail is not against our teeth already, the government has put taxes on all luxury goods. Whatever their definition of luxury, is best known to them. The media has been awash with the news of how people are finding it difficult to cope. Some ladies who heard of the taxation on luxury goods could not but fly off the handle. Perhaps, cosmetics are included in our government’s train of luxury goods that it’s a cause for concern by our young ladies.

In a time such as this, what shall we do as a people? In time where dollar rate increases in seconds of time, what should we do? My poser is first to the government of the federation. The government should look inwards and overhaul her policies in order to do away with those ones that are inimical and detrimental to the growth and well being of the economy. She has the fillip to do that. In the early days, agriculture was the mainstay of Nigeria’s wealth, but today, oil money is become our undoing (tearing us apart, as it were). Returning the country back to agriculture is a righteous ventures whose harvest, will be humongous. We need to invest more on existing agricultural endeavours in order to boost food production to feed the nation. The place of agriculture on our national life cannot be over-stressed.

More so, the root cause of naira, bowing to the whims and caprices of the dollar at the international market should be checked. Minister of finance, and other players whose duty it is, should arise and act quickly. For the Nigerian citizens, it’s obvious that the purchasing power of the naira is like the fart coming out of the anus of the dog. The worthlessness of our currency even to Ganah’s cidis is offensive. So, the little money you have, spend it wisely. You may decide to cut down on your expenses and taste —- until this plague will pass over us. Don’t bother going for the luxury goods which the federal government is taxing —- if you do know any of them. Still practice savings because no one knows when we shall be delivered from this quagmire. Farmers in the villages intensify your efforts in food, crops, and livestock productions, for when we shall be saved from this mess, yours will be the glorification.

Nigerians are suffering. The masses are dying and our government seems unperturbed. Those who can afford some bit of luxury at this austere time should practice economic discipline and management. Don’t buy what you don’t need, and let’s pray that things return to normalcy in our dear country.

Amaechi studies English at the University of Lagos, a member of the press club and an advocate for a better Nigeria. He can be reached via emmanualamaechi9@gmail.com