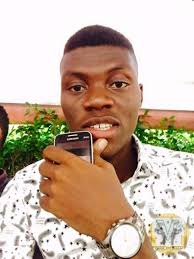 Adeyeye who was arraigned together with some other student activists were all arrested while protesting the rustication of two recently rusticated students of the university to include a visually impaired student, Lawrence Success, a former chairman of Mariere Hall of Residence. They were charged with “breach of public peace”

According to our source, Lawrence realised that he has been rusticated few days ago when he told someone to help him generate his docket from his student portal, the person then alerted him that the docket link is not visible on his portal. A further enquiry into this through the academic profile on the portal reveals that Lawrence has been rusticated for “leading an illegal protest that breached public peace”.

Similarly, Ochuba Polycarb, a recent graduate of the University who has collected his certificate was also served a letter of rustication, an action which is considered by many as laughable.

A further investigation by The Press Club, Unilag reveals that the “illegal protest” referred to, as the reason for the rustication of the duo is connected with a protest against bedbug infestation in the hostels in September 2015.

The presiding magistrate has ordered Adeyeye and the other student activists remanded in Kirikiri Maximum Security Prison until 6th of April 2017.