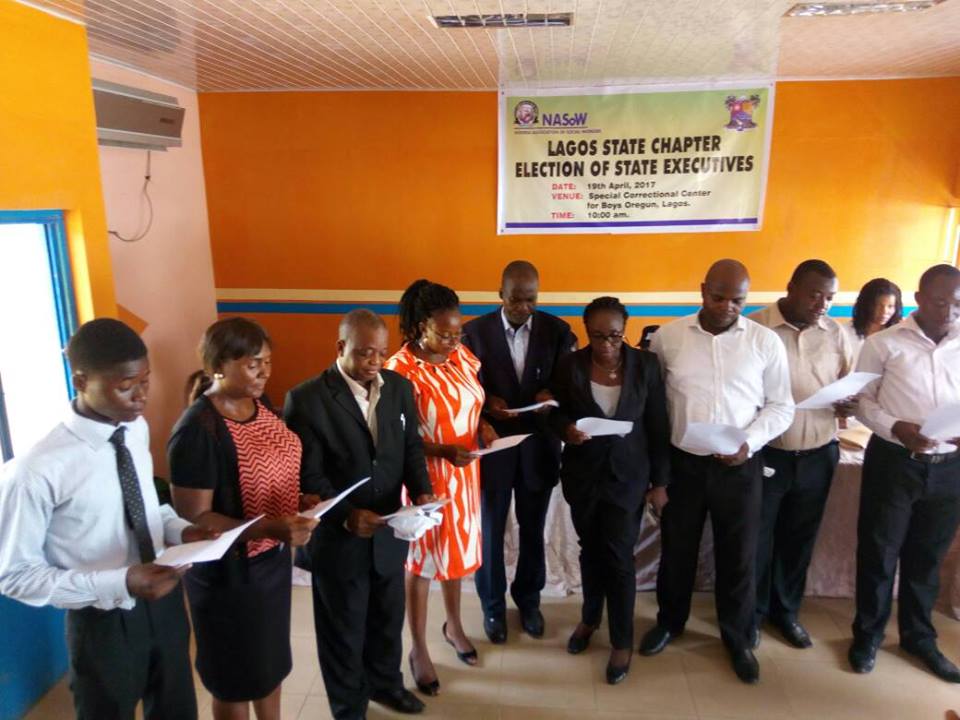 The election which brought the duo into office was held on the 19th of April 2017 at the correctional center for boys, Oregun Lagos. The election which began with the introduction of the contestant was followed by the manifesto and then the election proper which was conducted in a peaceful manner and attested to be free and fair.

Other elected positions are the vice chairman, secretary general, the publicity secretary, the financial secretary, the treasurer and the welfare secretary. The elected executives were sworn in immediately after the election by their legal Adviser.

The Nigeria Association of Social Workers, Lagos state chapter is the umbrella body for all social workers in Lagos state. You will recall that the Nigeria senate recently passed the bill for the establishment of Social work council in Nigeria.