Recent Posts
Search
HomeNews
By Editor on May 3, 2017 News 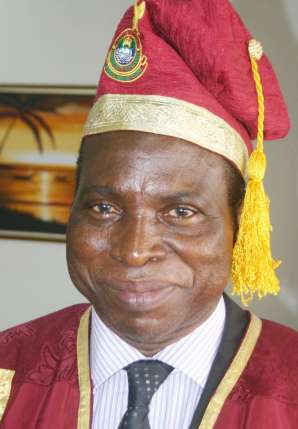 Professor Bello made this call yesterday at the state house in Ikeja where he led other principal officers of the University on a courtesy visit to the Lagos State Governor, Mr Akinwunmi Ambode. The VC also congratulated the Governor on his accomplishments and various projects being implemented in the state, which he stressed, are having positive impacts on the people.

In his speech, the Lagos State Governor, Mr Akinwunmi Ambode stressed the need for the academic community to constantly embark on researches that will create a platform for good governance and reduce the cost of governance.

He also assured readiness of the state government to work with the academia to benefits from the advantages it offers “the huge advantage that comes in the collaboration between the academic community and government and that is where I want us to actually focus on,” Ambode said.

Mr Akinwunmi  Ambode is an Alumnus of the university of Lagos and the first alumnus to be the  governor of Lagos State.