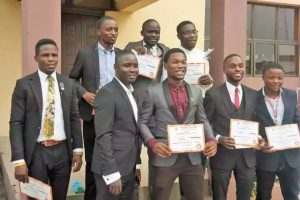 The Unilag Council of Faculty Presidents has decided to write an appeal to the management to review its new policy of closing all shops in the University by 10pm.

This decision was made during a meeting of the Council with the Dean of Student Affairs, Professor Ademola Adeleke on the 26th of May, 2017. During the meeting, the DSA stated that the normal lock-up time for all shops has always been ten pm, but it has not been implemented. However, the recent security issues arising in the school environment have made the management to strictly enforce it.

The Council however argued that the rule was suddenly sprung on the students overnight, and it would not be easy for them to adjust because they are already used to the previous situation where shops could stay open till eleven o clock. This could inevitably lead to some students being stranded, especially those who use the library, which closes by 9:30. Whereupon the decision to appeal to the management was made.

The other issues discussed at the meeting were the state of the student portal, and the institutionalization of a Student Security Task Force to enhance security on campus.