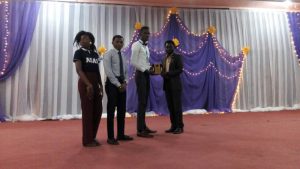 In attendance were the executives and members of AGAH, President and representatives of AGAH from University of Ibadan and medical students of CMUL. The MCs – Oyinda Yusuf & Jibola Akinrogunde started by inviting Miss Mosope (Director of Welfare, AGAH) to take the opening prayer. This was followed by a beautiful rendition of the National anthem by Miss Toyin Olowu (Director of Finance, AGAH) & Miss Mosope. 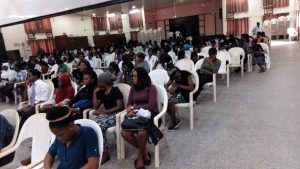 The first speaker, Barr. Mrs Vera Chinwuba, spoke on the  legal implications of rape; listed the types of rape, elements of rape, and emphasized that “for rape to occur, there must be penetration”, the difference between “attempted rape” and “rape” versus “defilement”, explaining that “defilement involves an under aged child”. She also spoke on three important aspects of rape: Before, During & After.

Before: when the perpetrator finds the target. Her advice; be observant, always know exactly where you are and the physical features of the perpetrators,

During: She advised “show some resistance”. Call for help, scream, bite, scratch etc. as this may be used as “evidence of a non consensual act if he case is brought before a judge in the court”. She emphasized and reemphasized “Rape is a criminal offence and should be reported”. She however advised medical students present, as future medical practitioners to be as meticulous as possible in gathering evidence from a rape survivor and always keep a copy of the medical examination and also reiterated that, “Silence means consent”. 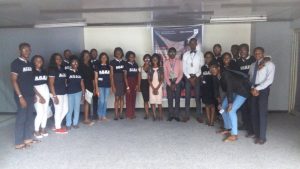 Dr Adeyanju Solomon Oyetokan, a representative from “Action Health Incorporated” (an international non government organization based in Lagos) spoke on the social implications of rape; mentioned that majority of the perpetrators of rape are known to rape survivors. He also reiterated “reporting – as soon as possible” to the nearest General hospital first, for medical care and prophylactic treatment before any other thing is done.

The third speaker, Dr Yewande Oshodi, a Consultant Psychiatrist in LUTH spoke on the  Psychological implications of rape and the therapy options for survivors. She pointed out that survivors could be either “male” or “female” as “one in four girls and one in ten boys in Nigeria experience social violence before the age of 18years”. She also mentioned Mirabel Center, Cece Yaya Foundation and Womens center Yaba as places survivors could get help in Lagos state. 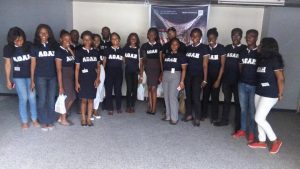 She concluded by saying,” Survivors don’t need stigma or blame; they need love, acceptance and the ability to make their own decisions with warmth”.

The speakers entertained questions between sessions, handled effectively by the MCs – Oyinda Yusuf and Jibola Akinrogunde. Airtime and notebooks were given as gifts to the audience for questions asked and correct answers given. After all the speaking sessions, the speakers and  AGAH executives gave out certificates to recent graduates and past members of AGAH and plaques of recognition to the speakers. There was a drama on “consent” by the AGAH executives and an animation clip by Laxus Animations. Refreshments were served while the AGAH PRO, Miss Niniola Takuro, gave the vote of thanks.

Students in attendance agreed this symposium was enlightening and had good comments for the AGAH executives.