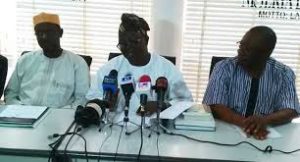 It came like a thunder storm, snarling the ears and rooting the heart. The news of ASUU’s strike reverberated like Zeus from Mount Olympus. If any soothsayer had forecast that “there is yet one day, and ASUU shall strike again”, no diamond soul, would have agreed to it. Like a quatrain lyrics in the strings of John Keats, the ASUU palaver takes on a four year dispensational debacle. What are they after? To wit, is their ululation for the good of the people, the educational system, or, personal enrichment? Suffice it to say that you too saintly comprehend the basis of their agitation.

While some good lords are sallying up and down the road – with dashed hope, others are merrying – knowing full well that distortion of academic calendar in Nigeria  has become ASUU’s stock-in-trade. Who’s to blame? ASUU?  The government? Or, all of us? Whether your grouse is heightened toward the Academic and Staff Union of Universities or no, ASUU’s demand and case, is a righteous cause. In a paper entitled THE POLITICAL ECONOMY OF RECESSION TO ASUU STRIKE by Distinguished Senator Leo, 0.3

“ASUU in 2009 engaged the federal government of Nigeria in negotiation that brought about the 2013 memorandum of understanding signed by the federal government to implement the following: funding of public universities, payment of earned academic allowances, payment of staff full salaries, release of operational license to Nigerian university pension management committee, implementation of pension reform Act with respect to retired professors and  their salaries, and funding of university staff school etc. the negligence of the federal government of Nigeria to abide by and implement thereto, the aforementioned MOU has led ASUU to embark on  an indefinite strike to drag the attention of the FGN to their plight and this has affected badly the academic calendar of about 40 federal and 38 state universities nationwide”.

In a maze of irrepressible anger and loathsomeness, ASUU has done it again.

Education is a light against the darkness of ignorance. It lightens the path laced with primitive ideologies and bunkers of maladjusted species of men. A torchlight that beams in the heart of the most barbaric and uncivilized elements who constitute the human person, is education. Formal training in school exposes a person to the world unknown, and leads to self-discovery, realization and actualization. The book is the most terrific, potent weapon against the forces of mediocrity, inefficiency, and ignorance. Whoever finds and accesses a functional formal education, has found a pearl cast on trophies of gold, and is armed with a truth that can lead to a life of fulfillment. The question then is what is Nigeria’s educational system like? What are the woes that have befallen the nation’s intellectual manpower? There are a number of factors militating against our educational system which if not addressed wholesale, is bound to wreck havoc on the economy and continuous mental capital flight being experienced in the country.

The poor standard of education in Nigeria stemmed from varieties of factors that are revertible, and which incessant industrial strike, is key. There is no doubt the fact that teachers and lecturers should be well paid – as also maintained by the German Chancellor – Angela Dorothea Merkel who claimed that she cannot pay other members of the German workforce the same amount teachers receive. It is on record that teachers in Germany are the highest paid group of people (?)

It is an obvious testament to even a primary school pupil that the condition of the Nigerian economy is a type that is telling on them as well – this is because the price of indomie noodles has gone up, and their mothers shorten the rations which the children are supposed to eat. One cannot say that ASUU’s outrage and outburst is not unconnected with the spree going on in both the federal and state levels of government where politicians go home with huge sums which has been variously christened to suit their persona. The political shenanigans going on in Edo House of Assembly by people who should be honourables, is a case at hand.

Academics are intellectual property developers; people who have undertaken researches’ some of them are products of capital flights who came back to contribute their quota to the system of education, Nigeria, and now, not to get their entitlements as agreed, is anathematic to sane minds. Whereas those who have not seen the four walls of the higher institutions are the ones sharing humongous sums, breaking chairs and having a free-for-all in a supposedly “hallowed chamber”, is immoral. Why should this not aggravate ASSU to vent their salvo?

But come to think of it, who is at the receiving end of ASUU’s imbroglio? Your guess is as pious as mine. In 2013/14, ASUU flexed their muscle. The aftermath of that hiatus was that I spent six (6) prebendal months at home, before resuming school as a fresh year one undergraduate. I have spent four years in the University of Lagos, awaiting my final examinations; ASUU came, daring me to do so. Shall we be kept from graduating this year? ASUU’s memo says that the strike is “indefinite”. The linguistic conundrum of this expression is beyond its surface semantic nuances. Some students are writing their projects. Some others are still searching their bearings in the scheme of things at school. Torn in between project, final examinations, and the strike, the hope of many a student is dancing azonto toward the lagoon.

40 federal universities and 38 state schools total 78 universities whose academic activities have been grounded – put on hold indefinitely. Are you not bemused at this? Economically, politically, socially, academically and morally analysed, the effect of this strike cannot be sold in a Chinese mall. Doesn’t this lay credence to the fact of our backwardness in educational exploits? No wonder an average Nigerian youth expresses a gruesome, hateful, schizophrenic sentiment and misanthropy toward both the government and those who are charged with our educational business – because we spent years at home seeking admission, when we finally got admitted, the chances of graduating at a record time, is usually slimmer than Alice of Scotland’s hair. I am a victim.

We have come to know this truth, that the political circus lions and the academic lords have refused to symbiotically come into a cross fertilization of thoughts geared toward mutual benefits. That lack of understanding has created a myriad of challenges the academic sector seem to be facing. At this time again, the federal government, notorious for not honouring agreement, has touched the soft spot of ASUU and here they have descended on the weary students.  A nation built on the grounds of mediocre citizens should never dream of developing or competing with other nations of the world who make education a priority. By the time our institution starts producing students who are politically aware, morally upright, mentally sound, physically fit, and socially adjusted to handle the socioeconomic and political realities confronting our societies today, then, we can start talking about repositioning our educational system. Whatever quarrels ASUU have with the federal government, should be urgently resolved so that students can return to the classroom, and academic activities resumed in earnest.

Amaechi Emmanuel is a Student of English, University of Lagos. A United Nations Award Winner; he writes essays, short stories, poems, and most importantly, he is interested in political, social, civil leadership, youths and girl-child discourses.

You can reach him on: