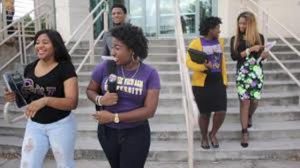 One would not stop to wonder what Bed has to do with crowd. Yet we all know that every bed has a limited space to accommodate people. A Bed is supposed to be a Resting place, a place to sleep in and lay your head after the activities of the day. You often find out that the comfort you get from a bed depends so much on how neat and well the Bed is laid either by the owner or by the last user. This means that a bed can have so many user but what happens when the bed becomes crowded? I think you should process that as you read on..
Lets consider the story of a very beautiful young Lady.
I used to know of a very beautiful young lady named Oluwalonimi, she is beautiful beyond description both in character and appearance. Every guy wants to date her. And so she felt on top of the world. In her own lexicon, dating is another kind of friendship where you are now allowed to call yourselves with sweet names and that was just her own definition of dating in her innocent mind.
Oluwalonimi would say Yes to almost every guy that asks her out because she felt it was what qualifies her as a beautiful lady, number of guys that ask you out(she doesn’t know that every girls are asked out), smiles. The moment she starts the relationship and discover there is another kind of commitment needed, she’ll just opt out. It was fun for her because she was always asked out. What she didn’t know was that she is gradually losing count of the number of relationships she had been in.
However, something intriguing happened regularly for two weeks long after she had put her past behind her. She was ready to settle and so she and her fiance went out together. There was virtually no place they went to that Oluwalonimi wouldn’t meet one of her exes. Gobe! She kukuma introduced ’em to her Husband to Be but was now feeling little awkward. And the fiance would smile feeling happy that he was the lucky guy that would eventually marry her after all the nice things her exes used to describe her including how they wished she would come back but in his mind was secretly counting the number of exes and was already having a second thought about her(Abi if na you, you no go reason am??). After losing count, he was forced to ask his fiancé how come she had so many exes. Her response was just “nothing happened between us, they all asked me out and I agreed because they wouldn’t stop disturbing me and I couldn’t say No.” In fact, the wedding almost didn’t hold again at the fixed time because the fiancé had to be sure she was really over her past and was indeed ready. He loved her without doubt but her bed was too crowded. After much talking and wording, they made up and ended happily.
Although Oluwalonimi ended happily but it almost cost her wedding just cause her Bed was too crowded.

Every lady is like a Bed that has a limited space to accommodate. Is your Bed crowded? Or is it on the verge of been crowded? Yes, you are a pretty lady, guys trip for you and they all want to date you and to you that’s the coolest thing that has ever happened to you. Be very careful! You are not the talk of the moment, you are just getting your bed crowded.
Have you answered the question I asked earlier?? What happens when a bed gets crowded? it does not only loose it purpose but it becomes gradually just a bed. Oluwalonimi was lucky to have had an happy ending despite her crowded bed but does that mean you would be lucky as well?? That is why you need to get your Bed(You) well defined and labelled to avoid having a crowded Bed.

The writer is a lover of people and life who loves to explore in writing.. Anything and everything can trigger her writing. She is a passionate Teacher, enjoys Public Speaking and Writing is her sense of expression. She can be reached via