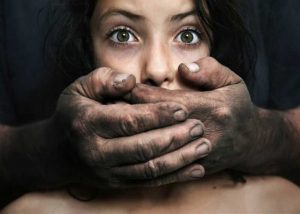 Hacey health initiative celebrated 10 years of impacting lives positively in Africa alongside the launch of the Slavus application with their partner; Access Bank Plc, the Stars Foundation Girl Award and Empower Africa, on Wednesday 6th of September at Access Bank Headquarters in Victoria Island Lagos. The event was packed with a good number of people from different works of life – Advocates, journalist, police officers, NGO’s among others who shared the common goal of combating Sexual Violence.

The opening address by the representative of Empower Africa described the SLAVUS app as a tool from Women and girls to women and girls, he said the funds for development of the app were contributed by girls and women from all over the world, who may or might not have been through the same ordeals but understood their fellow women.

There was also an interactive panel discussion which had the panelists answering questions from the audience and also from the moderator on the different roles they play in supporting “victims” and “survivors” of sexual violence or rape and also the different modes of prevention that can be applied. Mrs Ada Agina Ude, the executive director of Gender and development agenda(GADA) stated clearly that the manner of dressing of a child or woman does not excuse rape as each person is responsible for their feelings, she also stated that,’  when culture becomes a problem, it’s time to jettison it when referring to the culture of silence and victim shaming.

Other panelists were Ms Abosede Omowuyi of Core TV News as Moderator; Mrs Olubukola Salami – Director, office of the public defender Lagos state; Mrs Itoro Anaba of Mirabel Centre; Mr Paul Ojajuni – Director Research and Development at Hacey Health Initiative, together they reiterate the need for holistic management of the survivor. This holistic management was said to include medical care, psychological evaluation, safe houses (in some cases) and also proper integration back into the society.

The Director of Gender Development Programs at Hacey, Miss Rhoda Robinson during the launch, stated that the Slavus app was a safe platform for survivors to report or share their stories or ask for help at their own time.  The application was built with thorough consultation with different government agencies, lawyers and private organizations involved in preventing and fighting Sexual Violence, so they can help the survivors effectively and also collect enough information, should they need to report the case.

The application puts the survivors first and allows each person heal at their own pace. Information on an account is private, People can also report eyewitness cases anonymously.  She also stated that SLAVUS was a work in progress and that they are ready to work with anyone who could provide support services to the survivors, all the organizations had to do was register on the site for free.

The program ended with a buffet and a message to break the silence in our communities and help curb sexual violence in whatever form we can.