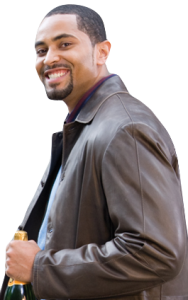 ‘Just because I don’t react, doesn’t mean I didn’t notice’ was the attitude he was giving me. Proud somebori…
So lectures had commenced fully and DLI was usually very crowded, in fact over over as in o-v-e-r over crowded is the word. I know you’re wondering if I had to stress the word over. Yes ooo! any unilag alumnus, current graduate and even present students will testify to that especially the science, engineering and education students… kudos guys, ise le se. So these three musketeers attended lectures together and most times the Bossy Guy and my friend would excuse themselves to go have breakfast or lunch, I would smile and say “two is a company, three is a crowd’’ and I would become so angry that whenever this Bossy guy was around, my friend’s attention becomes divided, on to say both of them come even find out say them be the same fellowship people! Omo na die be that oo because when them start their fellowship yarn like this, I go just dey look as if say I no dey their world. Whether he was intentionally trying to get my attention, I don’t know but really, he was usually annoying whenever he was around trying to really get me to talk. And trust me, I no dey carry last for that kind matter.. for every opportunity I had to give him the piece of my mind I did to my satisfaction and he even became more Bossy. Ah! If he was only being Bossy by look, sebi it would have been better but have you heard him ask you to do something for him? Jesus! This guy is just so annoying. He is the real definition of Proud! The way he says it authoritatively as if you’re obliged to do it is just the height. Arrgh!

This is it! I cannot be pretending to be musketeers when the two of us just know that it won’t work, mbanu e no fit work… lailai I said to myself. And what gets me overghasted and flabberwhelmed is that my friend is almost the exact opposite of me, she is too down to earth and can almost help a ghost.. no be say I no nice oo but I’m very conscious of how you present your request, I mean you don’t pay my bills so why should you even be commanding me or acting as if you’re doing me a favour.. Ah Yes! I remember one fateful day after lectures, we were given assignments and this Bossy guy doesn’t stay on campus. So as usual, he called my friend to help him do the assignment and when the call ended she just said that was ‘’hmmmmm’’, I am not revealing his name yet and guess what I said ‘’Obviously’’

Do you have to keep doing this? Me I cannot be doing assignments for someone that doesn’t come to school regularly oo. You will do assignments, you will sign attendance and everything, I no dey there oooo. Okay let me tell you this part, I used to be the brain box, na my friend go find the assignment material, but na me go sit with am, read through am, do the editing and finishing touch and na she go come write for two again with different ink and let me burst your brain with both left and right hand. Sebi na she won do madam nice? Ehn, make she continue na…. I’ll say to myself. Actually with time I got to know that she wasn’t doing madam nice, it was just her person. And I loved her the more.

So Mr. Bossy Guy came to school one day and it was when we had a mathematics class, the topic for the day was really controversial considering that questions were so much even while in class. I was part of the people that asked questions too. Class ended and as usual, the three musketeers were walking out of the class. Just few miles away from the class Mr. Bossy started conversing with me. In my mind, kini Bobo yi tun fe bayi? What does he want from me?
Mr. Bossy: so what can you say about today’s class?
Me: Isn’t it obvious?
Mr. Bossy: Well, the only thing obvious to me was that you enjoyed the class
Me: So if it is already obvious to you, why ask?
Mr. Bossy: Hey, calm down… I just wanna be friends
Me: Do I look like I need a new friend? Mtcheeew
Honestly, the conversation continued and he said something that made me laugh with him for the very first time and that was how the ignition started … Ghen Ghen…What started? Biko what is Mr. Bossy’s name na? How long did the conversation last? What happened next? You are asking questions abi? Better keep asking cus me self dey ask ooo
Story continues shortly………

Reach out for contributions or enquiries via: