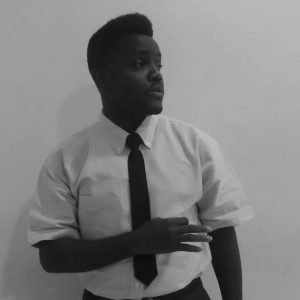 Bossy Guy: So you are this smart? One look at you says you’re gentle but how on earth would one look define your smartness? I’d really love to know you.

Me: Laughs! Well, time will tell that.

Temsy: So did you choose this course or you found yourself there out of options?

Me: Of course. Why would my name appear on the merit list if not?

Temsy: Do you mind if I got your contact? You are my friend’s friend and so we could make good friends.

So after we exchanged contacts, we left for our houses that day and getting back to my abode I was reminiscing about the day and our conversation. He isn’t a bad guy after all. I mean we conversed so well. What if he isn’t as bossy as I thought? Well, you would never know the truth about that question if you don’t get to know him. I said to myself even as the thought of our conversation occupied my mind. Well, someone bossy would not easily acknowledge another person’s smartness. I think I’d like to know Temsy, at least get to know the guy behind the Bossy carriage. My phone rings………..

Me: Hello, you’re on to Tobi… who am I speaking with?

Caller: it appears your voice is just as sonorous on phone as reality.

Me: Thanks… but that doesn’t answer my question still.

Me: Cuts in. Lemme guess, Temsy?

Me: yeah thanks so what can I do for you?

Temsy: just called to thank you for the conversation. It means a lot and thanks for giving me your contact.

Me: My pleasure. I hope we get to know each other well. And I am sorry for my bluntness…

Days rolled into weeks and weeks into months and he would call and say hello, whenever he came around for lectures, we would solve mathematical problems together. Then one fateful day, he came around and met me in class holding a piece… what’s this about? He grabs it and a quick glance at it, he couldn’t help but ask… Do you write? Good question! Well thank God you know my handwriting and if that piece has my writing in it then yes I wrote it. Can you imagine? What is that? I also write and I have been a very lazy writer over the years. Hmmmmmm! Well not that I also write all the time… I am just getting motivated to write lately since I stumbled upon my archive. Oh! I see… how about I give you a topic to write on? That’d be cool but I am not promising you I will write about it.

The next morning, he brought in a piece and we critiqued it together and somehow I just developed a natural liking for him. With time I got to discover that beyond mathematics, we think alike when it comes to writing as well. We flow together when conversing and never always conscious of time. He is still Bossy by carriage but I realize that behind the Bossy carriage is a cool, calm and collected guy. He is very Bossy even in conversation but he has been able to understand how to relate with people without being Bossy in tone and has been able to tolerate. Apparently, becoming his friend also made me realize that I wasn’t just smart but was not also patient. Since we had to relate on regular basis, I did not only become patient but more tolerant because I met with so many other ‘Bossy Guys’.

So here’s the point,

Don’t judge a book by its cover… that the cover looks attractive doesn’t mean the content is creative… also that the cover looks shabby doesn’t imply that the contents cannot make you happy. Temsy was being addressed as a Bossy Guy by me initially but now I call him my Bossy friend. The point is: he is still Bossy but now we relate well not because he became less bossy but because I was patient to get to know the real guy behind the Bossy Guy. Sometimes it is always good to give your opinion about someone the benefit of doubts because until you get to know a person personally, you may keep having the wrong impression about the person.

For comments and contributions, reach the writer via: