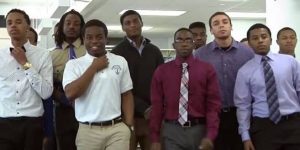 Over the last few years, reports of various forms of sexual harassment have filled the media  worldwide. And at the top of these reports are the cases of rape victims, mostly females and minors. The fact that this menace is not  being reported in one part of world makes it a cause for concern

An article on Cable Network News (CNN) titled: “Sexual Harassment: How it Stands Around the Globe” gives a clear graphical breakdown of the percentage of women and girls who have undergone various forms of sexual harassment around the world. The article says at least 37% of women globally have experienced physical abuse or sexual violence; 120 million girls have experienced forced sex or other sexual acts; 43% of girls in Nigeria are married off before their 18th birthday; in South Africa, almost 3 out of 4 women experienced some form of abuse in the past year.

Reports from the Zimbabwe National Statistics Agency (2012), as quoted in the article, says that 1 in 5 women in the Zimbabwe reported that the first time they had sex, it was forced or against their will.

The fact that these reports on various forms  of alleged sexual harassments have been filling the American media in recent times only proves  that the statistics are believable. And more alarming is the fact that these allegations are coming against famous and well-knownpersons.

And not to forget, House of Representative member, Jackie Speier, has revealed that she was sexually harassed as a young congressional staff.

Ok, just before I  stop referring to statistics , let’s take a close look at how this relates to the Nigerian socio-political milieu.

If you follow the Nigerian media enough, you would have noticed that the number of rape cases being reported is on the rise. Hardly does any day pass  without a mention of a minor being raped or sexually assaulted. And the worst part is  that most of them involve a minor against someone older, say 40, 50, 70, who knows? 80.

Various solutions have been suggested. Some include: open and effective dialogue, attitudinal change or shift, calling out and sanctioning of such inappropriate behaviours wherever they are found, companies should protect their employees, too. However, whatever the measure, one still needs to go to, or consider the root cause of the problem.And this is what this article is all about.

An altar to alter?

In a typical Nigerian (and say African, or the world) family setting, the female child is brought up with some form of sexual consciousness. The girl child is taught to sit properly ‘with their two legs closed.’ They are taught the importance of maintaining clean and healthy bodies; (and in some homes) they are not allowed to wear skimpy dresses; they are warned not to walk late in the night; they are trained to say no to mischievous boys; parents chase away boys when they find them with their daughters, the list is endless.

In other words, parents subconsciously imbue their female children with some form of sexual consciousness—and indeed vulnerability. And these, to some extent, have helped the female child to achieve some form of ‘sexual’ maturity (that’s for the child who succumbs to home training, anyways.), although other agents of socialization like the church, mosque, school, media, etc., play their parts in this process.

But one thing, the male child is missing in the equation. The male child.He is hardly prepared for anything.

Because the male is perceived to be less susceptible to sexual harassment, less is done in the area of educating the male child on sexual modesty.

The male child grows up to believe that they can marry as many wives, sleep with as many woman as they want, so long as they can pull through, or they have the money to.

Less training on sexual consciousness, or should I say, less training of sexual modesty for the male child is not unconnected with the age-long  dominance of the male gender, or  the deep-rooted, age-long practice of patriarchy.

However, there is a dire need to alter this practice. There is need for change in that orientation. And at no other time has it been more pertinent than now when its ravaging effect is rippling through  the many strata of our society.

Consequently, boys  should also be taught to ‘control’ or ‘tame’ what lies beneath their two legs; not to force a lady to bed because she seems to be indecently dressed or sexually provoking; they should be taught not to see the weakness of a minor (or even any female at that) as an opportunity to have carnal knowledge of them; they should be taught not to grow up thinking the female are nothing but puppet in the hands of a grand master puppeteer—the guy.

Now, who are the ‘beautiful boys’?

‘Beautiful’ as used in this article simply implies modesty, proprietary, self-control, positive thinking, and self-comportment. So boys, just like their female counterparts, should also pass through that long process of subconscious refinement or tutelage.

Although this is in no way a quick elixir to reducing the incidence of sexual assaults, going back to the base (i.e. family) will go a long way in redefining the male value, orientation, precepts and thinking towards sex and the female susceptibility.

This article is in no way suggesting that the male gender is responsible or to be blamed for the menace, it is simply an honest call for societal reorientation, another attitude shift, an alteration of a stereotype, a redefinition of societal value.

In addition to open and effective dialogue,  sanctioning of inappropriate behaviour, protection of staff members, increased awareness, increased NGOs and women-led initiatives, and more call for actions from other agents of socialization, the home still remains a veritable breeding ground for raising ‘beautiful’ boys

Tags: Solomon Oladipupo
Facebook Twitter Google+ LinkedIn more
Pinterest Tumblr Email
Previous ArticleCMUL ALUMNI CELEBRATES WITH THE COMMISSIONING OF LAUDABLE PROJECT
Next Article YOUTHS SHOULD BE SEEN AS LEADERS OF TODAY AND NOT TOMORROW, By Asabe Maiyaki and Ariyo Ayodele