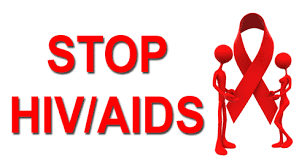 Over the years, the evolving epidemiology of Human Immunodeficiency Virus and Acquired Immune Deficiency Syndrome (HIV/AIDS) especially in Sub-Sahara Africa which accounts for two-third of the affected population globally is shifting from an epidemic with high incidence to a high prevalence. In addition, HIV/AIDS still persists as a major issue of public health and it is of great concern to our world today.

Presently, despite the devastating effect and manifestation of this “Killer viral disease”, we only have regimen for managing the viral disease – Antiretrovirals – and not total cure, which are widely available for use by national programs for People living with HIV/AIDS (PLWHA) hence, significantly reducing the morbidity progression and mortality rate among the population. Bearing in mind that the most at risk population still remains; Men sleeping with Men, Professional sex workers and their clients, Intravenous Drug Users, people in Prisons and other close settings, transgender and other marginalized population.

Using Nigeria as a case study; Nigeria has the second largest HIV epidemic in the world and one of the highest new infection rates in sub-Sahara Africa. Many “People living with HIV (PLWH) in Nigeria are unaware of their status, this implies that testing and counseling as a key part of diagnosis still needs to be improved on, likewise, access to treatment to avoid mortality associated with HIV progressing to AIDS.

In the light of recent conscious activities to put an end to HIV/AIDS; for instance, during the International Conference for AIDS and STIs in Africa held in Abidjan – Cote D’ivore between  4th and 9th of December, 2017,  and also the World AIDS Day which is celebrated 1st of December every year, different people and professions from different ends of the world especially youths as well as students came together to work towards and actively involved in fighting against the disease spread, stigma and discrimination associated with it and being United to end AIDS by 2030 – which is an outlet of the global Sustainable Development Goals.

Moreover, Increasing impact through transparency, accountability and partnership was the theme for 2017 World AIDS Day, highlighting the various roles of all and sundry in putting an end to this scourge. This is being elaborated by World Health Organization advocating for individual access to safe, effective, quality and affordable medicines, other health commodities as well as health care services for all people in need, while also ensuring that they protect against all financial risk.

As times and events are changing; Peer education and social media have proven to have great influence on the knowledge, attitude and actions of people concerning HIV/AIDS and other STIs. This may also contribute to the high prevalence seen in rural areas in relation to urban areas, where more opportunities for education, health care, social amenities, basic infrastructure and internet are available to the general population.

HIV/AIDS like many other immune-compromise and immune-suppressive diseases go along with a lot of comorbidities, majorly opportunistic infections, and the most dreaded combination of all for us here in sub-Sahara Africa is HIV/AIDS and Tuberculosis. Progress in combating this viral transmission is still not happening as fast as it should be to meet up the global target but we are progressing. The irony to this “progress” is the reemergence of the disease and this could be linked to relenting efforts to preventing the transmission of the disease through all routes and also control the spread.

All Hands should be on deck for HIV Prevention which is the key to totally eradicating this ever present scourge and there is no only one-way to do this except various measures for different problems arising which includes and are not limited to;

Raising awareness on the mode of transmission and management of the disease especially in rural areas.

Continuous education on proper use of ARVs, blood contact transmission of the virus and prevention of mother to child transmission.

Support for infected mothers and child including her family, using smaller support groups and larger innovations.

Peer education and more publicity for HIV/AIDS knowledge to slow down the progression to AIDS from HIV.

Remember, it all starts with you. Spread the “real news” and not the virus.