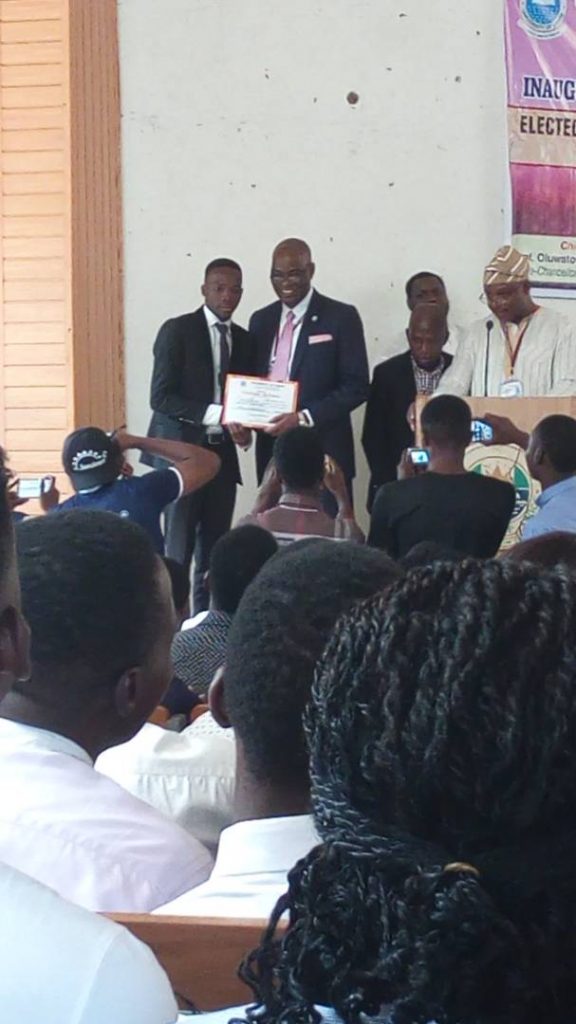 While addressing the newly sworn in executives, the Vice Chancellor – Professor Toyin Ogundipe – remarked that for students to be proud ambassadors of the University community through and after their years on campus, it would be based on their abilities and activities to have done well in their various capacities. The Vice Chancellor also gave certificates of return to the faculty presidents. This is, however the first social engagement the New Vice Chancellor is attending after assuming office in November last year.

The Dean Of Student Affairs Professor Ademola Adeleke after the administering the oaths of office, explained the importance of the event. He said, “It is important that those who have been empowered by their fellow students in different capacities are legitimately recognized by the constituted authorities”.  Afterwards the DSA fielded questions from the student leaders, ranging from the availability of bed space for students on campus and the freshers orientation program which has now been moved from January 15 to February 12, 2018. The Dean also maintained that the date for the convocation is still 20th Of February, 2018. He threw more light on the issue of squatting in various hostels on campus saying, “I am aware that you people squat but I cannot go against laid down rules and regulations”.