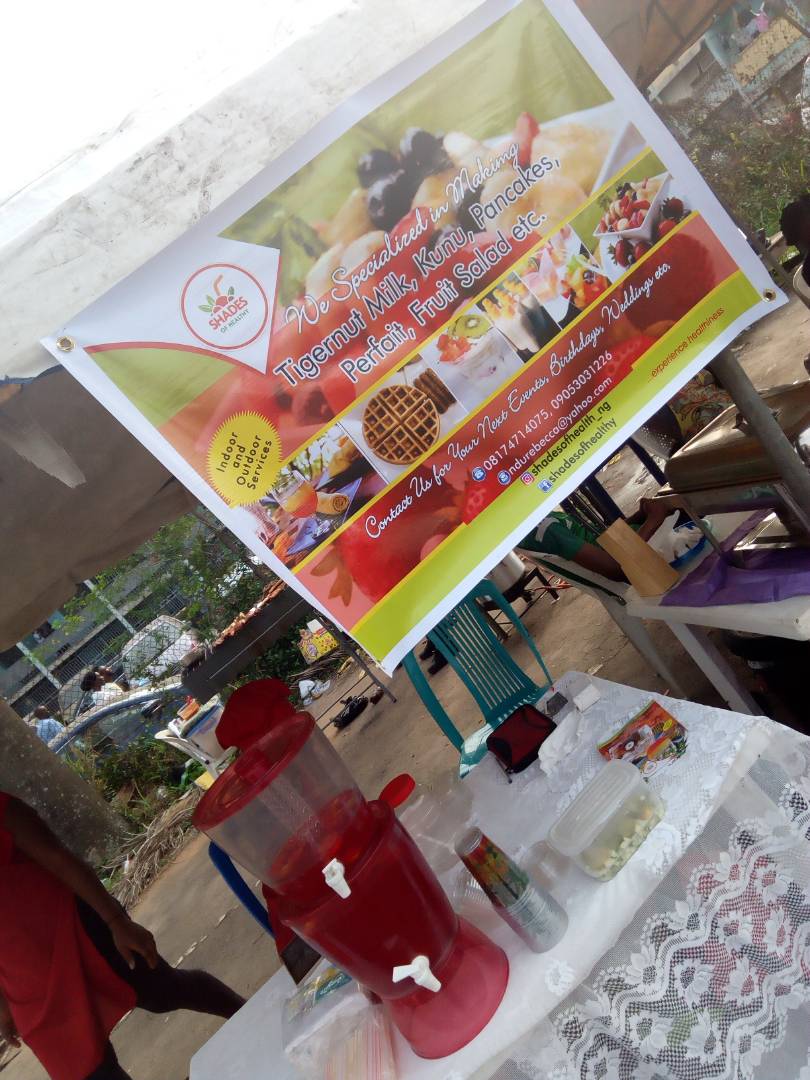 The foodizo event was organized by the University of Lagos Association of Physiotherapy Students (ULAPS) as part of the fresher’s week for the incoming 200 level students.

It ran from 10am to 7pm on Thursday the 1st of March and Friday, the 2nd of March. The event which took place at the lawn tennis court featured 11 canopies and 14 vendors.

The foodizo event, according to Ogunnusi Afolakemi, the ULAPS president, was aimed at carrying the whole college along in the ULAPS fresher’s week, creating a market opportunity for food vendors and giving the college of Medicine students a different taste from the regular.

Eating competitions were featured on both days with emerging winners’ receiving cash prices. It was a whole lot of music, fun and food.

From the standpoint of the vendors, while some food vendors like the ‘I wan chop’ food vendors witnessed an influx of buyers, some other vendors experienced no sales at all for the two days. Some others had to beat down their prices in order to make little sales.

The ULAPS freshers’ week began with an orientation program by the Christian and Muslim fellowship of the organization, followed by a motivational forum, a novelty match between the freshers and the ULAPS football team, foodizo, and was wrapped up by a beach party on Saturday, the 3rd of March, 2018.