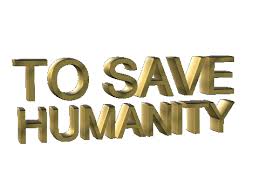 I am a lover of Indian movies but lost interest in movies generally for some time, recently I came across this Indian movie titled JAI HO (may there always be victory)
Jai Ho focused on an ex-army officer who was suspended from force because he refused to obey his captain order who received a call while at war to back down but Jai who is the main character went out of his way to save children from the terrorist and destroyed their camp.

After suspension from the military he continued helping people, on one of this helping occasion, he met an handicapped lady who was brilliant. On a particular day, the handicapped  lady had an exam because the commissioner of home’s daughter wanted to pass the road, the road was blocked which made her brother not to get to the venue on time and she sought for help, but no one wanted to help her. This made her to be depressed and as a result, she committed suicide. Jai couldn’t save her, however, he developed a system to encourage citizens to help each other where he said help one person don’t expect thank you in return rather tell the person to help three other people and the three other people help someone else.

This system faced some issues though, for instance, a particular day he tried to save a beggar’s daughter who was begging for alms from a rich man who treated her harshly he couldn’t keep his emotions, this led to him beating up the man. This led to the rich man hiring some people who happened to be the minister of homes Henchmen that led to dispute.

Fighting for the right thing was been able to expose the minister of homes devilish works who was a wicked, heartless man that have no sympathy on humanity who devise evil plans. JAI demolish them at the right time and he was been promoted.

Let’s take a look at our immediate environment, where we have lot of stingy, heartless people around us who have no pity on the same creature they are, who believes everything should be controlled by them, ruled by them,
but as individuals, when we stand up to make our voice known or we take a stand in life,  which is morally right; the world will become a better place for us.

Are you a man of virtue, honour? in any environment you find yourself, even though things are working against you, don’t change who you are, Continue to spread this virtue you uphold, teach younger ones, and the elderly, show love to people who aren’t upright with you because love will win them
at the long run and the world will be free of bad wagons and be a peaceful world for humanity to settle in.

Help someone today, spread hand of hope to everyone and transfer it to people surrounding you, on the long run Jai was justified, he was crowned, became well recognized because he decided to expose the deed of one man, help humanity who continued to help others.