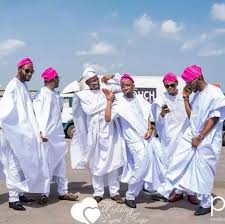 I’ve been called a lot of names in my little life time, from nerdy to geeky to being a weirdo or even a full blown freak and I have never been moved. So naturally, the one tear drop leaking from my left eye onto my black cheek glowing red, at that moment came as a shock.

The hottest girl in my class just called me cute and was smiling down at me in front of my little band of nobodies.

“Sup Sege! Can I sit down beside you for a while?” That was how Sally started and I guessed the look on my face said WTF am I to refuse your majesty, for she sat down next to me with one arm around my shoulder.

“I don’t understand this stupid Pharmac Assignment” she continued. “So I need you to explain….”

“I’ll do it for you, don’t worry” I butted in blushing.

“Are you sure? hope you are not too busy and stuff?” she asked with a concerned look.

“Of course I’m sure, I have it covered” I did reassure her. With that she ran back to her clique of friends.

My friends’ look of envy was the highlight of that noon. Sally had given me the assignment during our usual one hour break and just to make her happy, I finished it within minutes even before the next series of lectures.

You can imagine how confident I was at the end of the class, I had walked in front of the class (a feat none of my people ‘the Dead Guys Clan’ could dare) and waved goodbye to her in the midst of her friends.

Yes as you suspected she obviously gave this how dare you bitch ass nigga …cold stare. I was completely shunned and embarrassed in front of the whole class. The class’s uproar was not even the most painful event, as I stood uprooted to the spot ashamed; I saw Sally’s angered face as she was forced to give her best friend a thousand Naira.

Apparently they had an initial bet on me that I would succumb to sally’s flirtation and would volunteer to do her assignment for her which she won. To make matter worse they had another bet, that I would make moves on her before the day runs out, I guess they weren’t wrong with that, were they?

My walk of shame, heartbroken to the hostel that day was worse than Cersie Lannister’s, and the only incidence I can remember in between was hitting a guy on the road with no apology given. When I finally got back to my room, I felt a strange object in my right trouser pocket. And from it, I brought a business card engraved on it was a Red Demon logo and…

“ YORUBA DEMONs INCORPORATED”….. To be continued.