Recent Posts
Search
HomeGeneral
By Editor on May 22, 2018 General Opinion 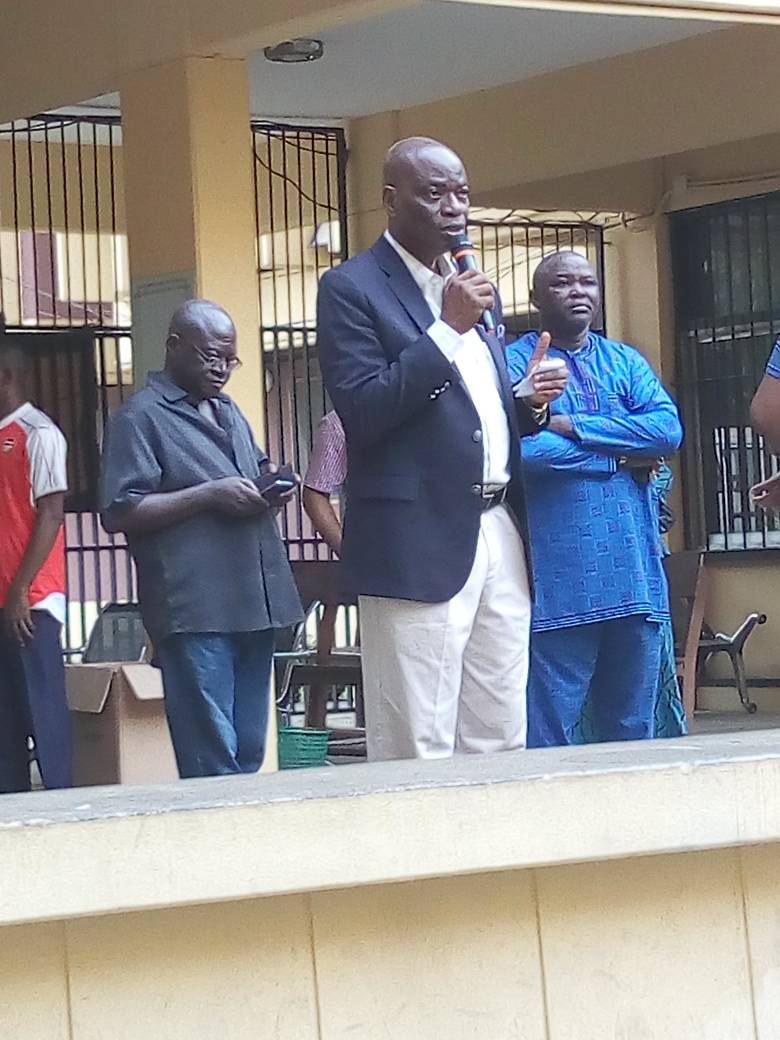 The man, Professor Oluwatoyin Temitayo Ogundipe, the 12th vice chancellor of the University of Lagos has dazzled many with his unique and simple style of management. The Vice Chancellor who came on board on the 12th of November, 2017 has showed that leadership should not be distant from those been led.  He has likewise shown that the welfare of students has been his priority. The just concluded convocation ceremony stunned many onlookers as the vice chancellor opted for the J.F. Ade Ajayi Auditorium (formally called Main Auditorium) instead of the routinely used Jelili Omotola Auditorium (formally called Multipurpose Hall) providing easy access for all.

I have seen the vice chancellor come into Hall of residence unannounced to see things for himself and do some first hand investigation concerning some cult related offenses and other issues. Also, under his administration, he continuously ensures that he engages with the students and student leaders, for instance during the NASU, SANNU and NAAT Strike, he ensured that he amielorated the living conditions of the students. He also, at that period had Town Hall meetings with the students in their various Halls of residence – where he was accompanied by members of staff and council members.

The vice chancellor cannot only be said to be a manager by the societial standard – before his coming into the capacity of the university’s vice chancellor – he is also the Pastor in charge of one of the Churches of the Redeemed Christian Church of God (RCCG). Well, one can say that his interpersonal relationship skills which was evident in him pastoring over 700 members has shown beyond all standards that he is a pastor by his words and his deeds.

At the press Conference ushering in the convocation ceremony, he stated unequivocally that the University will no longer sell it degrees to money bags who have not made any difference in the society or in the academic field. He also buttressed that statement by conferring Professor Ayodeji Olukoju – a Professor Of History – with distinguished professorship. One can only expect more of the pastorial leadership of our great vice chancellor.