General Overseer of the Mountain of Fire and Miracles Ministry (MFM), Pastor (Dr.) Daniel Olukoya, has said that an older female student professed love to him while he was an undergraduate student in the University of Lagos (UNILAG). Olukoya, who graduated from the university with a first-class degree in Microbiology in 1980, explained that his rejection of the advancements made it possible for him to fulfill his destiny.

The clergyman stated this early August while speaking at the Exsilio Conference held in at the Jelili Adetola Hall of the institution. According to him, the woman in question was about 30 years old while he was barely eighteen when she made the confessions. He further recounted that the woman repeatedly sang to him in class an “I love you” lyrics composed by her.

The MFM G.O., therefore, enjoined students to focus on their academics in order to ensure guarantee their breakthrough. The prominent preacher also listed five credits needed to enroll in the ‘University of Success’ – a term he used to refer to achieving success in life beyond the academia. According to him; godliness, destiny awareness, focus, wisdom and knowledge are necessary qualities if one desires success in life. He also observed that ignorance could hinder a man from achieving success in life.

In his address – laced with jokes, stories of nostalgia and anecdotes to make the youthful audience feel at home—he warned students of the danger of spiritual ignorance. Also speaking at the event, popular disc jockey, Ehizojie Okoeguale, popularly known as “Ehiz” encouraged students to make their health a top priority. Responding to Pastor Olukoya’s address, the 2013 MTV VJ Search winner observed that without good health students could not live to enjoy success. 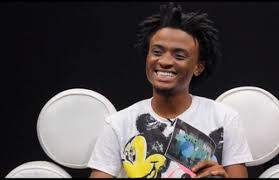 Ehiz also encouraged students to shun drug abuse, saying it could deter them from their success. The popular VJ also recounted his own success story while answering questions from the eager audience on how he became successful.

Other speakers at the hour-long event included media guru, Agatha Amata, advertising practitioner, Bunmi Oke; Chief Executive Officer of Amen Estate, Babatunde Gbadamosi, among others. The Exsilio Conference, organized by executives of the Faculty of Social Sciences, UNILAG, aimed at exposing to students firsthand necessities to lead a successful life.