In the 50’s and 60’s – the fashion trend was natural hair – surprisingly it was a thing for both male and female fashionistas at that time (actually the younger generation then… now our parents). It was in form of the popular “afro” but the much bigger version of what is rocked these days with the baggy trousers and the very big blocked heel shoes. In the new millenium, natural hair trend resurfaced but in a more fashionable and manageable way with different hair products to make it easy to maintain and different beautiful styles to make it more attractive to women. All of a sudden natural hair was no longer for the spirikoko sisters, a new clique was formed… the natural hair gang.
It became the wave of the moment, everyone caught the buzz, everyone was transiting, everyone was doing the big chop. Natural hair became a movement, a movement for African women, it became a form of identification for black women kinky fros… blah blah blah. Initially, I didn’t catch the “buzz”… but sooner, I found myself loving the concept and I was won over. It looked beautiful but it came with its challenges.
Firstly, combing! This is like lifting weight at the gym! It is a lot of work and sometimes the more you comb it, the more it tangles especially if you have the kinky hair type. 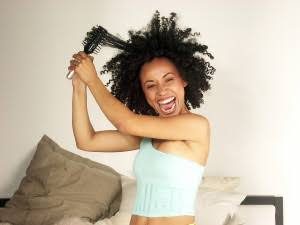 Secondly, wash days. For a “proper” wash, this would take you at least… i repeat, at least two hours and the different wash routines put up on YouTube makes you indecisive – so, you end up trying like “two or three methods” in just one wash.
Thirdly, the bad hair days… Lord help you on such days!! Even tying a scarf to conceal your terrible state of hair is hard work, especially if you have such full hair that simply refuses to be suppressed. 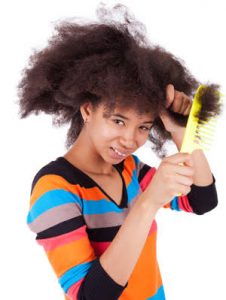 But permed hair, on the other hand… is easy, less stressful, sleek, makes your hair look longer and tidy, does not consume much time and less expensive. However, I like to look at it this way, “permed hair is not who we are…”. I mean, as African women, it’s definitely not as beautiful as natural hair, but has little room for creativity – unlike natural hair, does not give you an identity as its not expressive… everyone just looks the same.
A woman’s glory is her hair and natural hair sure brings out that glory, no matter how challenging it can be, for me it’s a winner any day because when you look at yourself with your natural hair in the mirror it is definitely worth it.