Important laws in essay writing will include ‘Define the words that form your topic before commencement of the essay,’ right? Okay, let’s follow that law now, shall we?

However, before I go on with doing the ordinary thing of giving you a definition from the usual Merriam-Webster or an unrevised definition curbed from Wikipedia, how about you try to come up with a meaning of the word by yourself? 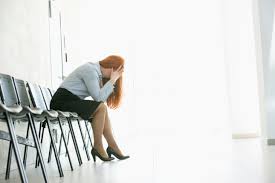 Moving on (even though I know you didn’t even attempt), the Advanced English Dictionary (AED), defines failure as one (if not all) of the following with contextual considerations in mind:

Would I be weird if I disagree with all of these definitions?

Well, my weirdness shouldn’t be a shocker to you, I mean, I used American English Dictionary as my reference point, not Wikipedia, and I am pretty sure that this article is not the conventional ‘Press Club’ article.

You are probably getting all jittery in anticipation of my own definition, or this part of the article didn’t meet with your eyes because you think I am a bore, I will now in the next paragraph (another law of essay writing— begin a different idea on another paragraph) define “failure” according to Uba Eden Chinemelum

Failure is in fact a “feeling” not an event, person, mere action or an ability. I believe that failure is totally dependent on what you may call “success”. Failure is a feeling that occurs because the individual knows he/she/it can do better than seemingly correct results show (read this again, slowly). 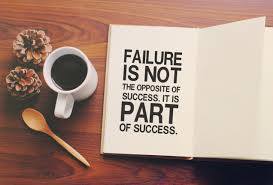 From this definition of mine, it should be noted that I am proposing that failure can be 20% and success 25%, if that is the individuals’ belief of their capacity.

It is very important to note that the average human being will feel like a failure a good number of times in life (psyche! You were expecting an actual figure weren’t you? Sorry, I didn’t find any online).

Just because you tried 50 times and didn’t particularly get what you believe you can get doesn’t mean you are a failure. Failing is momentary; the moment you realize that you can do something better than the first 50 trials, that is the beginning of your journey to success.

I feel the urge to add that “failure” for someone can be having a million dollars in their account while someone in that same situation may consider that a “success.” This is just to buttress my point of failure being totally subjective.

I guess from prior failures come success – such as Albert Einstein – you would have figured out that failure is just a pre-success phase that everyone will have to go through when trying out new things. 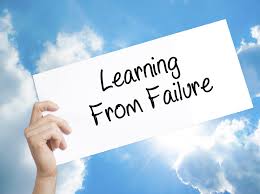 To round up this article, I would like the readers of this article to know that failure is just a momentary pre-success phase and is entirely subjective. It’s an amazing revelation that makes you do better and realize you are better than whatever result you got initially.

To students like me, you are definitely more than that grade put up on our notice boards; brace yourselves as you are about to know how much you can accomplish in this profession and life in its entirety.