“Religion is a global force. It is increasingly vibrant, assertive and politicized all over the world.” –      Timothy Shah

Taking a look at our society of today, there is no doubt that the concept of religion has been integrated into every strata of the society. We can therefore say that religion also influences our professions.

The relationship that exist between journalism and religion cannot be over-emphasized considering the influence religion wields on journalism. This influence is like the two sides of a coin: religion has affected the profession of journalism in Africa and most parts of the world both positively and negatively. And this is not unconnected to the position of religion in various countries.

Some countries, no doubt, have maintained strong religious identities over the years. Andres Harsono of the Human Rights Watch Consultant points out that in an average Indonesian newsroom most media workers identify closely with an Islamic and nationalist identity. Harsono, therefore, observed that religion influences the identity of a journalist.

The importance of religion to journalism could be identified in the fact that religion serves as the basis through which the ethics of journalism is strictly adhered to. Many professionals in this field practice these principles in accordance to their faith as religion shapes the attitude and lifestyle of people – this is evident in our society of today.

Though religion emphasizes the importance of obedience to laws and ordinances, this view could be conceived in different ways. It must be noted that religion may affect one’s commitment to the ethics of objectivity, truthfulness, others, as other attributes such as sentimentality could creep in. When sentimentality sets in, adherence to the ethics of journalism is questioned. This could be exercised when a journalist carries out activities in order to support his religion than that of another.

Sentimentality may set in due personal convictions on religion and devotion to such religion. When this takes place, the principles of journalism maybe broken as the attribute of objectivity and fairness could be neglected. This therefore emphasizes the importance of religion to journalism as it could influence the decisions of a journalist negatively. 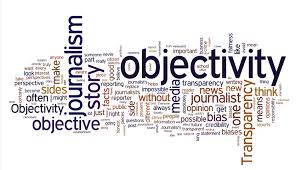 Also, religion may bring about the suppression of information and articles in relation to a particular issue that is to be disseminated to the public. For instance, if one pleads using the religion of the journalist, one may want to reconsider and suppress the information. Sentimentality is also displayed in a situation where a journalist suppresses issues based on the fact that the individual involved in the scandal could be a figure of importance in the religion of the journalist.

Religion plays a practical role in the activities and actions of journalist in relation to various issues in the field. With the increased development and sophistication of religion in many societies, the profession of journalism has become risky. History suggests that in March 2012, Ahmed Salkida, an independent Nigerian journalist who had been reporting for years on the activities of the Islamist sect Boko Haram received death threats that he suspected came from the government security agents. He was said to have been accused of being a member of the extremist group.

The risk in the profession of journalism is also evident in other parts of the world. In March 2012, Al-shabaab insurgents claimed responsibility for shooting to death Ali Ahmed, a journalist of the Radio Galkayo in Somalia. In Tunis, local and foreign reporters were attacked at a protest against the innocence of the Muslims near the U.S embassy. These evidences therefore emphasizes the risks imminent in the profession of journalism as a factor of the influence of religion.

It must however be noted that irrespective of difference and similarities in religion, the ethics of journalism has to be strictly adhered to as it will in no doubt contribute in the change process that is to transform our society and nation at large. 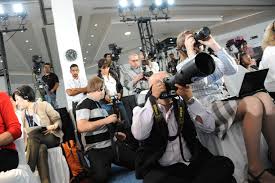