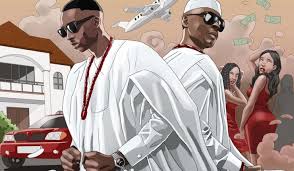 It has been exactly one week after the incident, I had tried avoiding any sort of contact with Sally but this has proven extremely difficult. It was like, she wanted me to drown in the ocean of humiliation I was not so innocently tossed into. Every class after the incident (as I have chosen to name that day), she and her friends would mimic my goodbye wave laughing and making sure it was obvious they were making fun of me.

When I met them on hallways, they always had a certain “victory” smug expressions on their faces that still haunts me in my dreams. I strived so hard getting the incident past me, but my efforts has been rendered completely fruitless.

I got back to my room empty as it usually is on Fridays, my three remaining roommates would most likely have gone for a TGIF outing. It was safe to bring out the conspicuous blue business card, I received anonymously, the week before. I had not had the courage to go through with the instructions on it, majorly because I was afraid of joining a bad gang.

“For those who choose to come to terms with their worst fears may only proceed to dial this number 76733666. No turning back once you make the call, you get the call.”

The last bit I did find a bit confusing and scary, “… no turning back? You get the call?”

But I was tired of being the constant joke of the century, Sally had re-awoken a deep anger I did not realize had stayed with me for a long time. As far back as in secondary school, I had always wanted the recognition the jocks got. The popularity, the girls, the respect of others, I did not know how then and to be honest I still didn’t know how.

But now I had a choice to be the best of myself, what is the worst that could happen? Or so I thought as I made the one call that will change all other calls.

The automated female voice of my network initially complained about the number being a wrong number. I was already thinking the card was another serious prank, till I noticed my call was being forwarded to another number. The next thing I heard was ringing at the other spectrum of the call, but no one picked.

10 minutes later I received another call from an unknown number, with a female voice.

“Welcome to the YORUBA DEMONs INC, you are now a prospective member, with a Yoruba Demon level Zero, standby and be vigilant for your first mission and good night” the voiced said in both Yoruba and English with a delightfully polite English ascent.

In case you missed Episode 1, Below is the link. Stay tuned!